Is Chick-Fil-A a Purposeful Organization?

A week ago I received an email from my brother, Steve, suggesting I read Steve Robinson’s new book Covert Cows and Chick-fil-A: How Faith, Cows, and Chicken Built an Iconic Brand. In his email he noted that while Christ was part of the mix, Purpose was a key element in their culture. Hearing the word Purpose piqued my interest and I immediately downloaded the audible version and started listening. It turned out to be an amazing story of a young restauranteur, Truett Cathy, who built a fast food empire based on his life experiences and his understanding of the teachings of Christ. What surprised me was how many of the Principles of Purposeful Leadership seem to be present in the organizational culture and beliefs of Chick Fil-A.

From the start, Chick Fil-A had a single common Purpose: “to glorify God by being a faithful steward of all that is entrusted to us and to have a positive influence on all who come into contact with Chick-Fil-A.” It was not declared at first, but it lived in everything the organization did. From my listening of the story, I believe the origin of that Purpose came out of Truett Cathy’s desire for all people to live a fulfilling life. In Purposeful Leadership, we call that the Desired Underlying Condition. Being a practicing Christian, Truett believed that what was in the way of people being fulfilled was the lack of experiencing and practicing grace in their lives. We call that the Specific Problem that is in the way of the underlying condition being fulfilled. Truett felt that if he could show grace with every person he interacted with, people would respond by showing grace to others. For Truett, that was his Solution to the specific problem he felt passionately about. So what did grace look like to Truett? I believe it meant being a “faithful steward of all that is entrusted to us” and showing kindness and being of service to others. His first restaurant, the Dwarf Grill, and the Chick-Fil-A chain that followed were expressions of that commitment to grace, his way of glorifying God.

Truett by nature, was a social person and believed strongly in developing relationships with everyone he encountered in his business dealings; from his employees, customers, and suppliers to the professionals he used and partnerships he developed. We would call all this his Stakeholder Community, the key stakeholders that supported the organization. He realized early on that his business success would depend heavily on having powerful relationships with all these key stakeholders. This was a critical component of the Chick-Fil-A culture.

Chick Fil-A delivers on its Purpose by having a value proposition to customers built on grace and supported though a strong culture aligned with that Purpose.

I would give Chick Fil-A high marks on Purposeful Leadership. However, there are still challenges facing the restaurant chain. As they have grown, so has their stakeholder world. They will have to adjust their messaging and certain actions to better engage their more diverse stakeholder community. If Truett were alive today, I am sure he would be leading that effort.

I wonder how this chain is doing during the Black Lives Matter campaign?

This site uses Akismet to reduce spam. Learn how your comment data is processed.

The Problem In his 2016 book “Saving Capitalism”, Robert Reich argues that the “free market” is not a natural phenomenon but instead a human construct based on a set of rules addressing five key areas:  Read more… 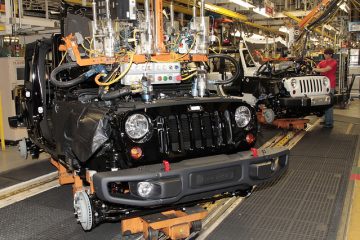 Making a Life Worth Living

Recently, I was reading an article about what makes a life worth living; and one of the three areas touched upon was work. This got me thinking about how different work today is from work Read more…

I believe businesses often fail for three reasons: Lack of enough capital, customer irrelevance, and not having the right people. Each of these reasons can be overcome with Purposeful Leadership. NOT ENOUGH CAPITAL. Having enough Read more…